A wonderful blog of Rational game design methodology that is incorparated in Rayman is one of my favourite blogs.

Atomic design, like the unimaginably small particles after which it has been named, is a very low level in game design wherein the designer examines the small influential factors and finds clear ways to harness their power in the pursuit of creating a learnable, balanced, fun and exciting experience.

One of the core principles of atomic design is considering at all times the required skills and inputs for a given in-game situation. By breaking down the number and difficulty of inputs and the complexity of the skills involved, it is easier to rationalize the way in which challenges are given to the player, keeping them from being stuck in a sequence which he cannot escape from due to the level of complexity required that he has not yet obtained.

Inputs such as holding down on the left analog stick and pressing the attack button, in that order, can actually be more difficult than a designer would instinctively think. Many players confuse the order of the inputs, or have a hard time simply managing two things in sync.

When we start to realize that some of our gameplay mechanics may be harder to execute, we think more critically about the frequency in which this mechanic is required, and find ways to best combat the barrier for entry. This is an example of breaking down and analyzing a mechanic which is the basis of atomic design; once we have deconstructed our mechanics into their base inputs and parameters, we can start to combine raw inputs to build new mechanics from scratch. By building mechanics in this way, we can more easily control the inherent difficulty to execute it and be better prepared for level design and defining the game system.

A game system refers to the balanced relationship between all the gameplay and mechanics of a game; the game system is, in essence, the game as a whole. Gameplay by definition is a group of mechanics that are related to the same subject, such as, for example, navigation, shooting or swimming. Mechanics are challenges that evolve in difficulty depending on the implementation of proper atomic parameters. 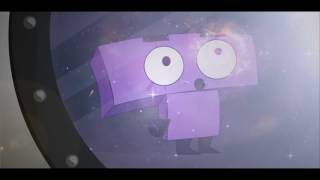 The Evolution of Tetris Blitz